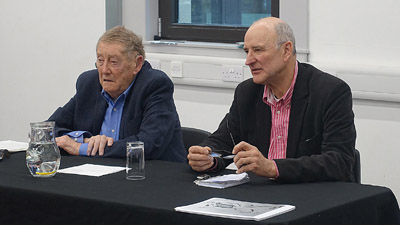 Austin has engrossed himself in the Priestley wartime broadcasts and provided some new insights into the political dynamics of the time and in particular Churchills views of JBP’s influence on the populous.

It is hoped to publish Austin’s monograph later in the year.

The Following are the Society’s Officers: